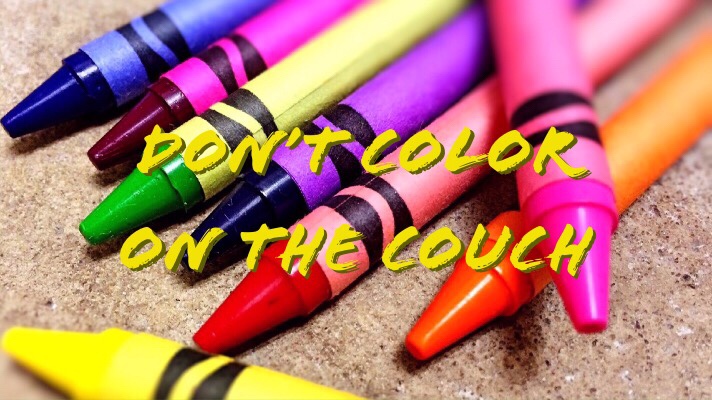 I want to tell you a story about my 3 year old and the lesson I learned from her on Saturday.

This past Saturday, I was taking a nap. Taking a nap in my house is an art form in my opinion, it requires getting a toddler and a baby both asleep at the same time so that you can sleep.

Well, I was dead tired on Saturday due to working extra hours this past weekend and I needed a nap! I was watching both girls as my wife was out doing a photo shoot and I decided I was going to force the nap issue on my girls. I laid my baby girl down in the crib and she ended up going to sleep rather quickly! My 3 year old is a different story, she is too old for naps! Or so she thinks!

I took my 3 yr-old and laid her in my bed and told her we were going to take a nap. I let her watch one of her learning shows on my iPad to help her settle down and next thing I know, I was asleep.

I vaguely remember her waking me up and asking for a snack. I told her to get the pizza of the counter and eat it (which she did.) The problem was she ended up staying downstairs by herself while I was napping.

In this 30 minutes or so, a lot happened! While she was downstairs she ate and played and colored and just had herself a good time. Then the baby woke up and she came back upstairs to play with her.

My 3 year old than comes into my room and with a sad look on her face says, “I sorry, I drawed on the couch.”

I was wide awake now! We just got the couch just over a month ago and we are trying to keep it nice and clean. And my kid just said she drawed on the couch!!

Her next statement was a classic…. she said “Daddy, can I have a snack?” Totally changing the subject like it would make me forget what she had just told me.

I got the kids together and headed downstairs to see the mess. The floor looked like it usually does after a 3 year old gets done playing with toys everywhere, so that was nothing new.

And than I saw it…

On our new-to-us couch, she colored on it.

I am thinking to myself, will my wife be more upset with me that I let it happen or with my 3 year old because she colored on the couch? That was my first thought, typical husband, right?

I told my 3 year old to get on the loveseat and to sit there and not move as I started to clean up her mess. While I was trying to get the crayon out of the couch she said something that caught me off guard. She said “I should have drawn in my pony book.”  This caught me off guard because this was the first time I have heard on her on accord realize that she did the wrong thing, but not just realize what was wrong but what she should have done that would have been the right thing to do.

I know that she is still young and still learning the difference between right and wrong. She doesn’t understand what sin is yet. Those are things that I want her to learn on her own. I pray everyday that she will accept Christ as her Saviour at a young age but that’s not something I will force on her.

I love my daughter and I want the best for her. In saying that, I want her to understand it is always right to do right and it is always wrong to do wrong, no matter the situation. God blesses obedience to Him and He punishes disobedience to Him, and He still loves us the same. I want to be like that with my children and bless them out of love and punish them out of love so that they make wise choices as they grow older.

Why can’t we as grown Christians see the difference between right and wrong. We know, we understand, yet we still sin and disobey God.

Don’t be a Christian who knows that drawing on the couch is wrong and still does it anyway!!

Be a Christian who chooses to color in the coloring book because it is the right thing to do!!

“Therefore to him that knoweth to do good, and doeth it not, to him it is sin.”
James 4:17 KJV