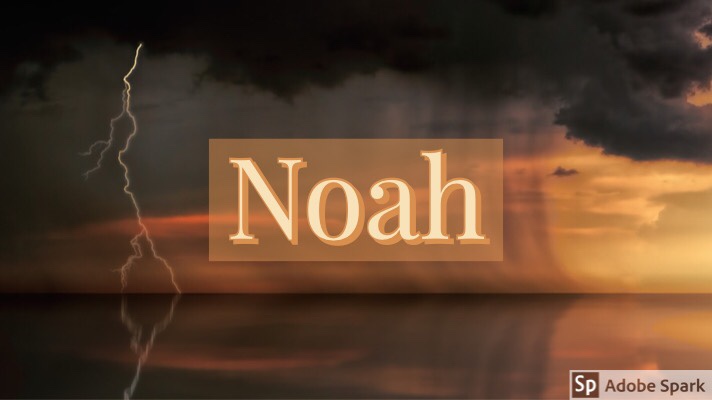 “By faith Noah, being warned of God of things not seen as yet, moved with fear, prepared an ark to the saving of his house; by the which he condemned the world, and became heir of the righteousness which is by faith.”

Can you imagine being in the shoes of Noah?

Can you imagine being told to build an ark? Especially when you have no clue what an ark is…

Can you imagine being told that rain would fall and flood the earth? Especially when you didn’t know what rain or flood meant…

Can you imagine working on the same project for 120 years? Most people’s attention span doesn’t even las 120 seconds anymore!

Can you imagine having faith as great as Noah’s, to take God at His Word and build an ark that was big enough to house every species of animal?

Faith is acting on what you can’t see, knowing that God will take care of you. Noah had no idea what an ark or a flood was, but we see that He trusted and had faith in God.

I see three things in this verse about Noah.

He panicked! The Bible says he was moved with fear! I bet that Noah started to panic when God told Him there was going to be a flood and that Noah was going to have to build this huge ark! Noah probably panicked some more when he found out that this ark was going to be the hope of the world! But even though Noah had fear, even though he panicked, he still did what he was supposed to do. The Bible says that he was moved with fear, he used that fear to motivate himself to succeed!

He prepared. The Bible says he prepared an ark. This ark took 120 years to build. To build something that great for that long took preparation. It was a job that only took a day! It wasn’t a job where he could just wing his way through it. He had to prepare and follow the instructions that God gave Him exactly!

The practical application we can take from Noah is this…

Thanks for your continued reading! If you would like to support us but love shopping on Amazon more, just click on this link to shop! When you do, we get a little kickback, it is just something that helps keep this blog going!!

If Amazon isn’t your thing, then head over to our t-shirt shop to get your very own Counted Faithful t-shirt!

Listen to the Counted Faithful Podcast!! You can also support us by supporting the podcast!!

Make a flat donation through PayPal!

We appreciate your support!