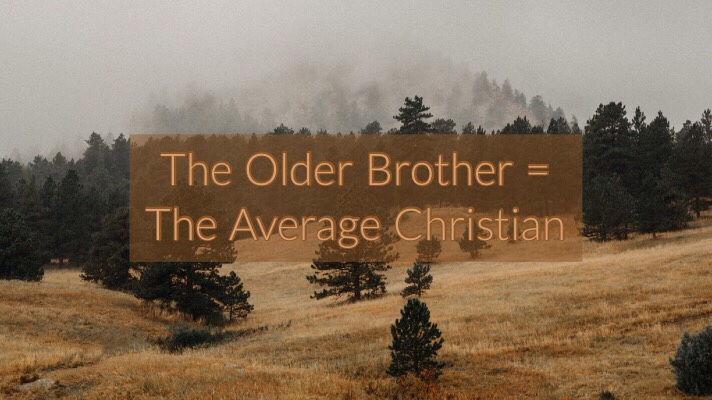 I am still enjoying looking at the story of the prodigal son. As I was looking at it again last night, I noticed a couple more truths that I want to share over the next couple days.

Today, I want to focus on the older brother. I know he isn’t the main character of the story, but he still plays an important part in the story.

As we discussed in the post yesterday, he like his younger brother was faced with a choice. He had to decide what he was going to do with his inheritance, whether he was going to leave with it or stay and work at his father’s house.

We know the story and that he chose to stay and work for and with his father. This is where I want to pick up on this story.

“Now his elder son was in the field: and as he came and drew nigh to the house, he heard musick and dancing. And he called one of the servants, and asked what these things meant. And he said unto him, Thy brother is come; and thy father hath killed the fatted calf, because he hath received him safe and sound.” Luke 15:25-27

So the younger brother, the prodigal son, just returned home from his time in the far country. His father, happy to have his son home, through him a party like they have never had before! The had the fatted calf killed and made into steaks and hamburgers. He put the best clothes he had on his son! There was laughter and joy as the party went on, music and dancing was happening. Everyone was getting in on the good time, rejoicing because the youngest son came home.

The older brother was doing what he did everyday, he was out working in the field, tending to his father’s business. He was heading home for the day and he heard the joy and merriment coming from the house. He saw a lot of people there, he knew something was going on. He called a servant and asked what was happening and his servant replied that his brother had come home!

And this is where I think the older brother showed his true colors in acting like an average Christian.

Don’t be like the older brother! Which I am afraid many Christians are. Be like the father, or even the servants, who rejoiced when the younger brother came home.

Get your t-shirt today to show your support for Counted Faithful!

One thought on “The Older Brother = The Average Christian”